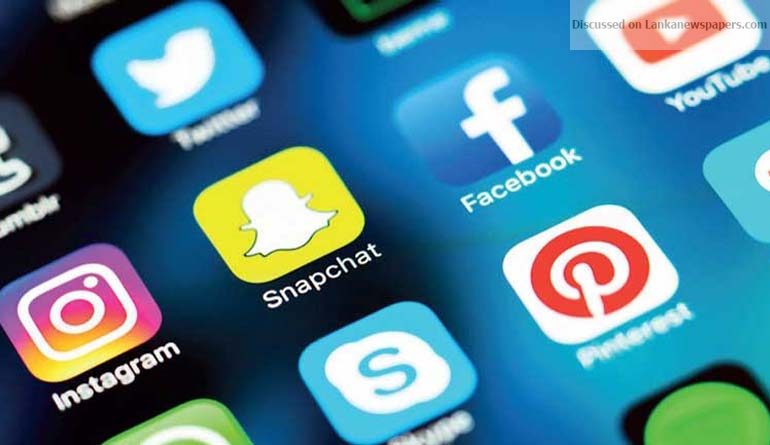 Two regional level representatives from the social media giant held meetings with the President’s Secretary Austin Fernando, who is also the Chairman of the Telecommunications Regulatory Commission (TRC), and other officials of the TRC regarding Government concerns on how the site has been used as a platform to disseminate hate speech and instigate violence.

Following the meeting, President Sirisena, who is currently on an official tour of Japan, tweeted: “On my instructions, my secretary has discussed with officials of Facebook, who have agreed that its platform will not be used for spreading hate speech and inciting violence. As such, I instructed TRCSL to remove the temporary ban on Facebook with immediate effect.”

“We raised concerns about hate speech and they said they will cooperate. We will be reviewing the situation every three months or so, and if they are only paying lip services we will take action,” Fernando told the Daily FT following the meeting.

However, Fernando, who chaired the meeting, was not clear on what specific action would be taken by the company to prevent users from abusing the platform.

A subsequent statement released by the President’s Media Division only stated the “government will continue to work together with Facebook to prevent hate speech and misuse of the platform. Both sides will continue to engage extensively to discuss these matters.” Details on how both the Government and Facebook Inc would coordinate to stamp out hate speech were not released to the media.

Prime Minister Ranil Wickremesinghe also had a meeting with the two-member team from Facebook along with Telecommunications Minister Harin Fernando, State Minister of Finance Eran Wickramaratne, senior representatives of the Attorney General’s Department and Police to discuss what measures were to be taken to prevent the site from being used to propagate violence and hate speech.

“The meeting focused on what can be done going forward. They offered some insights on how SL-CERT can be more productive in dealing with the issues,” a highly-placed source privy to the details of the meeting told the Daily FT.

Although a request to set up a company office in the country was made, the representatives did not give an immediate undertaking but promised to convey the message to the headquarters, the source said.

The move comes following an announcement by the Prime Minister on Wednesday about moves to bring in new legislation to monitor social media platforms to prevent hate speech and the spreading of communal tensions.

The President’s Media Division in a statement explained that the Government took steps to restrict access to social media tools temporarily to curtail attempts to spread communal violence across the country, misusing social media in a manner detrimental to national harmony.

“In a context where the impact that could be made by social media to expeditiously increase violent actions based on racism and religious extremism has been internationally proven, Sri Lanka was able to control the rapid spread of violence by temporarily imposing restrictions on social media as an action to ensure the national and public safety of Sri Lanka,” it said.

The Government last week blocked a host of social media platforms and communication apps in a bid to contain communal violence spreading across the country’s hill capital of Kandy, which saw two people dead and hundreds of homes and shops torched.

Facebook Inc has been facing severe criticism for its role in inciting violence against Rohingya Muslims in Myanmar as well. UN human rights experts investigating a possible genocide in Myanmar said on Monday that “hate speech and incitement to violence on social media is rampant, particularly on Facebook. To a large extent, it goes unchecked.”

Earlier this week the Government took steps to gradually ease the restrictions imposed on communication apps, with the Viber and Whatsapp messaging services returning to normal on Wednesday and yesterday respectively. A restriction on photo-sharing service Instagram was also lifted yesterday.

In a brief meeting with IT sector company representatives, the visiting Facebook officials discussed possibilities of cooperation.

“They have a bottleneck where the technology needs to be adjusted to local languages. So we can customise this to local languages. We will be in touch in the future to devise the way forward,” Federation of Information Technology Industry Sri Lanka (FITIS) Chairman Dr. Kithsiri Manchanayake told the Daily FT.

Representatives of FITIS are also scheduled to meet the TRC Chairman on Monday to discuss how best the corporate sector can support the Government team.

“We will also propose that a committee should be formed with representation from all sides to find solutions,” he said.

The Prime Minister’s Office, in a statement yesterday, said that compensation for those affected by violence in the Kandy District had begun to be provided with priority being given to religious institutions.

Prime Minister Ranil Wickremesinghe announced the decision to provide compensation to those affected during a special address to Parliament last week. The Prime Minister had advised priority compensation be given to religious institutions damaged in the clashes that erupted in Digana and later spread to other areas of Kandy.

A mobile service providing compensation will also be held at the Kandy Divisional Secretariat today, the statement said.

“The aim is to complete providing compensation in as short a time as possible,” it added, but did not give any details as to how much compensation would be dispensed.