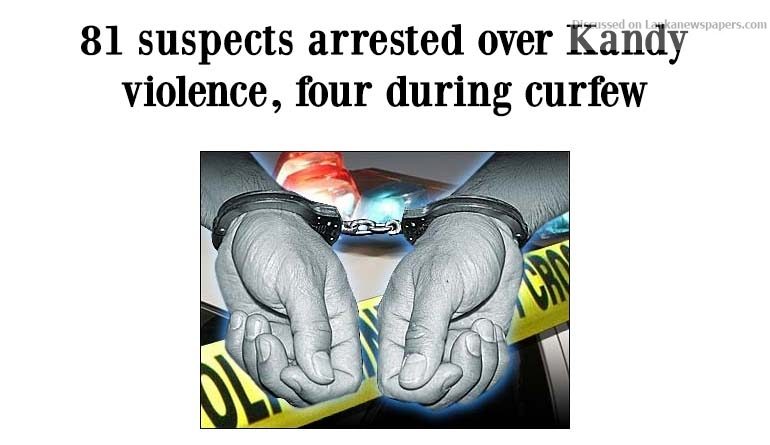 Eighty one suspects, including 10 personnel who had allegedly created communal disharmony using social media, had been arrested by the Police so far over violent incidents in Kandy.

“Those who violated the curfew were remanded till March 21 by the Kandy Magistrate’s Court. The other suspects are being interrogated and action against them would be taken under the rules and regulations of state of emergency,” he told a news briefing.

Two people were killed in the violence, while 11 had sustained injuries.