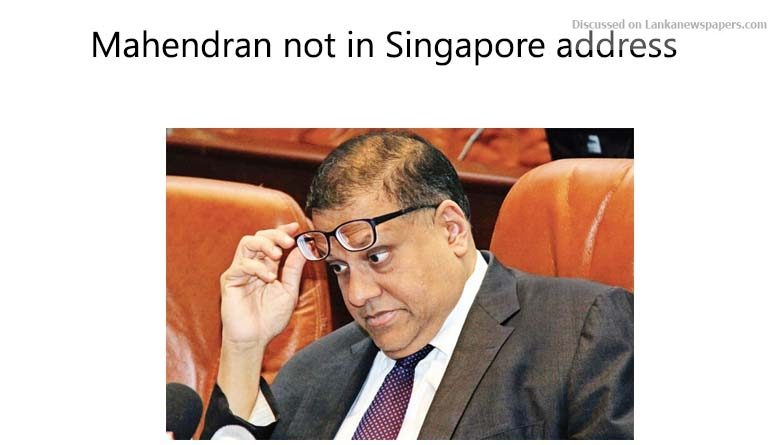 An international courier service, which was tasked to hand over the Notice issued by the Colombo Fort Magistrate, to former Central Bank Governor Arjun Mahendran who is in Singapore, had reportedly informed the CID that Mr. Mahendran was not present in the given address in Singapore, informed sources said.

Recently, Colombo Fort Magistrate Lanka Jayaratne issued a notice to be handed over to Mr. Mahendran directing him to appear before the CID before March 8 to record a statement over the investigations into the issuance of Central Bank Treasury bonds.

The Magistrate also instructed the CID to send the Court Notice to Mr. Mahendran through a Speed post to the Singapore address.