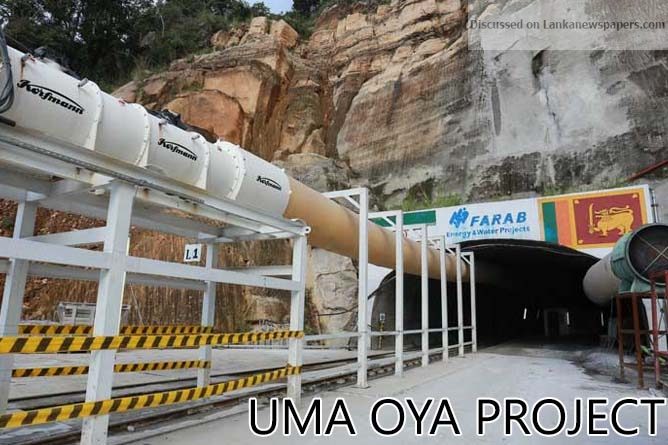 Supreme Court permitted Bar Association of Sri Lanka to be an intervenient petitioner in the fundamental rights petition with regard to Uma Oya Project.

The Supreme Court on 7 December 2017 directed the Uva Province Director of Agriculture to expedite the payments of compensation before February 28 to the affected farmers for their loss crop loss as a result of Uma Oya Project.

The Court on July 4 directed that pipe-line water should be supplied before 31 December 2017 to the villagers who are adversely affected by the Uma Oya Project and compensation should be paid to the affected farmers through Mahaweli Authority.

The petitioners complain that as a result of the Uma Oya project, not only have their homes and crops been destroyed, they have lost access to clean drinking water