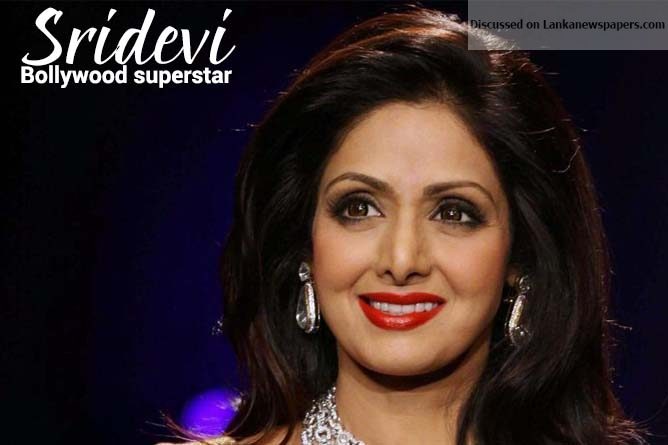 Bollywood superstar Sridevi Kapoor, one of the biggest names in Hindi cinema, has died after suffering a heart attack in Dubai, her former manager said Sunday.

The shock death of the beloved Indian star aged 54, who reportedly passed away while attending her nephew’s wedding in the Emirate late Saturday night, prompted an outpouring of grief among fans and fellow Bollywood actors.

“It is shocking and sad. Mr Kapoor (her husband) was with her,” her former manager Punkej Kharbanda told AFP.

She worked in India’s regional Tamil, Telugu and Malayalam language films before entering Bollywood.
Though she made her Bollywood debut in 1979, Sridevi made a name for herself after appearing in a string of blockbuster films including “Chandni”, “Mr India”, “Mawali” (“Scoundrel”) and “Tohfa” (“Gift”).

The actor made it big in Indian movies after her 1982 Tamil film “Moondram Pirai”, playing the same role in its Hindi remake, “Sadma” (“Trauma”).

Her portrayal of a woman suffering from amnesia has been described by many critics as “a milestone in her illustrious career”.
Indian social media and television channels were buzzing with tributes to the star as news of her death spread.
“I have no words. Condolences to everyone who loved Sridevi. A dark day. RIP”, tweeted actress Priyanka Chopra.

“A dream for many, had the good fortune of sharing screen space with her long ago and witnessed her continued grace over the years,” Kumar tweeted.

Indian Prime Minister Narendra Modi said he was “saddened” by the news.
“She was a veteran of the film industry, whose long career included diverse roles and memorable performances,” Modi tweeted.
“My thoughts are with her family and admirers in this hour of grief,” he added.
Sridevi is survived by her husband, film producer Boney Kapoor, and their two daughters, Jhanvi and Khushi.