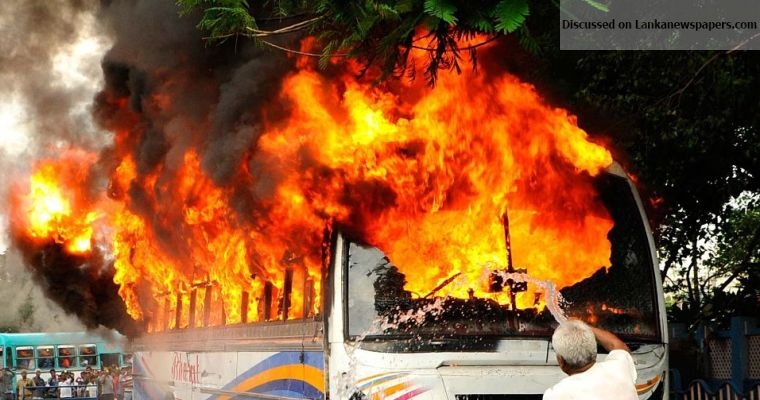 Sri Lanka Police says information has been revealed that the grenade which caused the explosion in a bus in Diyatalawa was in the luggage of a soldier.

Superintendent Ruwan Gunasekara said the investigations are also assisted by the Police Special Task Force and the Bomb Disposal Unit.

The Police Media Spokesman said legal action will be taken against those responsible.

19 persons were injured in the explosion reported around 5:30 this morning.