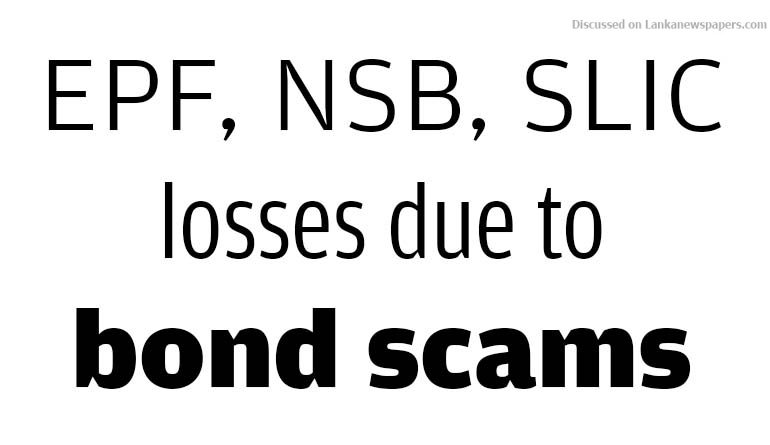 “On Sunday we revealed that the total loss incurred by the Employees’ Provident Fund (EPF) due to the bond scam alone was over Rs. 26 billion. However, the EPF is not the only state institute that suffered losses because of Perpetual Treasuries’ secondary bond market manipulation,” Centre for Human Rights (CHR) Executive Director Rajith Keerthi Tennakoon said yesterday, addressing a press conference at Rajagiriya.

The loss incurred by the Sri Lanka Insurance Corporation due to the bond scam alone was over Rs 4.11 billion while the NSB lost over Rs. 819 million.

As the Auditor General had not received necessary documents, there were no details about the losses suffered by the Sri Lanka Insurance Corporation, in the Presidential Commission of Inquiry (PCoI) or Committee on Public Enterprises (COPE) reports, Tennakoon said.

He added that they were looking at all the transactions by Perpetual Treasuries using the International Securities Identification Numbers and would continue to unearth more incriminating evidence.