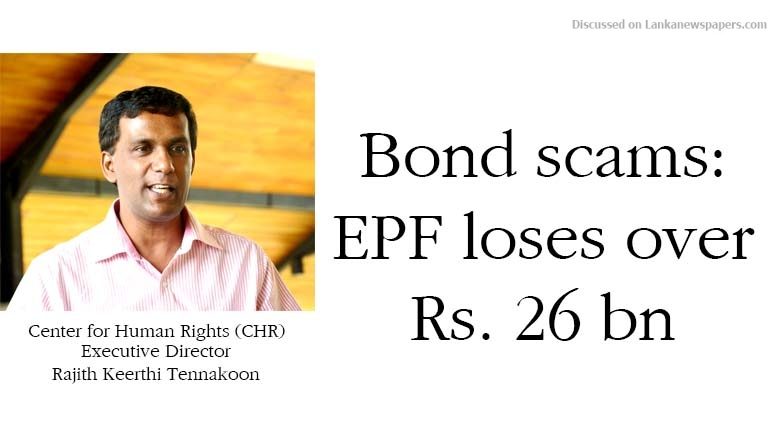 Referring to a report prepared by former Chief Executive Officer (CEO) Kasun Palisena, who was arrested yesterday, Tennakoon added that the EPF had suffered that loss due to seven transactions made by Perpetual Treasuries Pvt Ltd. “In the report Palisena prepared, he neither revealed prices paid by Perpetual Treasuries to purchase bonds nor the prices they resold the bonds. But using the reference numbers he provided we did some digging and we found that the loss incurred by the EPF alone is Rs 26 billion.”

Senior Banker Rusiripala Tennakoon, who also addressed the press briefing said that, based on this new evidence, the total loss incurred by the bond scam is far greater than Rs. 12 billion estimated by the Auditor General and the Presidential Commission of Inquiry (PCoI).