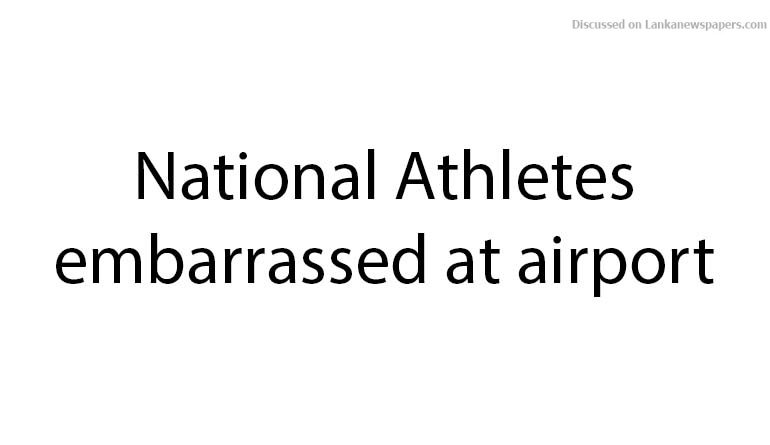 A hideous mistake by ‘Far Travels and Tours (Pvt) Ltd.’ resulted in National Athletes having to embarrassingly return from the airport, as they found out the travel company hasn’t properly reserved their air tickets to Iran even though they issued tickets.
Sri Lanka National team of five athletes and coach for the Asian Indoor Athletics Championship were taken by surprise when they were told that their seats haven’t been confirmed when they tried to check in at the airport on Monday night.

This wasn’t the first time that Wijerathne and the Department of Sports Development have been involved in air ticketing blunders, as there are many previous cases where the department failed or delayed to issue tickets, while sometimes the air tickets were issued with two transits of nearly 12 hours even to travel to a neighbouring country like India.

When contacted, Wijerathne refused to comment and requested to ask Director General of Sports Saman Bandara regarding the matter, while numerous efforts to contact Saman Bandara wasn’t fruitful during the day.

The said company, Far Travels and Tours (Pvt) Ltd., does not have a proper website, while their office is located in the second floor of the old fish market complex in Pettah. Earlier, air tickets of the Sports Ministry and Department of Sports Development were booked through reputed companies such as BOC Travels, Peoples Travels, etc.

After sorting out the matter the SL team was issued tickets to travel last night, but they will have less than a day for their events after landing and will not get any practice time ahead of the championship.