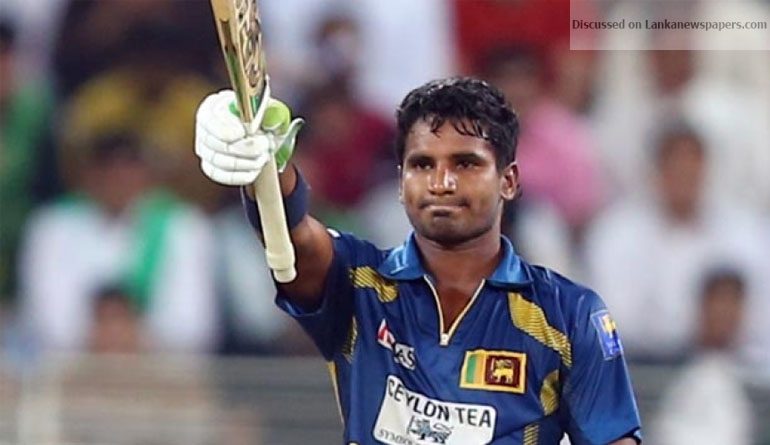 Wicketkeeper batsman Kusal Janith Perera has been made to pay back the money Sri Lanka Cricket spent to clear his name from the doping charges brought forward by the International Cricket Council two years ago.

SLC had spent close to 17 million rupees to clear KJP’s name after he was charged by the ICC for the use of performance enhancing substance in December 2015. The player was forced to return home from a tour of New Zealand and missed six months of cricket before he was cleared.

SLC had spent around 17 million rupees on legal fees and overseas travels to get the player cleared. Since the ICC overturned the decision, SLC has been reclaiming the money from Perera’s match fees.

An official from Sri Lanka Cricket confirmed that the player has been paying back the board in installments. However, he expected KJP to be compensated by the ICC.

“Kusal is fighting his own case and we are confident that he will be compensated by the ICC,” the official told.

He added that SLC had volunteered to negotiate with the ICC to get him compensated but the player had opted to do it on his own.

However, there will be questions raised as to whether an institution that has been spending lavishly on its officials has the moral right to demand the player who was wrongly accused and was made to undergo mental agony to pay back the dues after being found not guilty.

KJP was a regular for Sri Lanka in all three formats as a wicketkeeper batsman before his suspension in December 2015.

Since the drug ban was lifted in May 2016, Perera has featured for Sri Lanka but has been plagued by a series of hamstring injuries.

He was in good nick in the recently concluded tri-nation series making scores of 81 and 49 but a side strain ruled him out of Sri Lanka’s last group game against Bangladesh and the final against the hosts.

The 27-year-old has already played 73 ODIs and 30 T-20 Internationals but has lost out to Niroshan Dickwella in the Test squad.