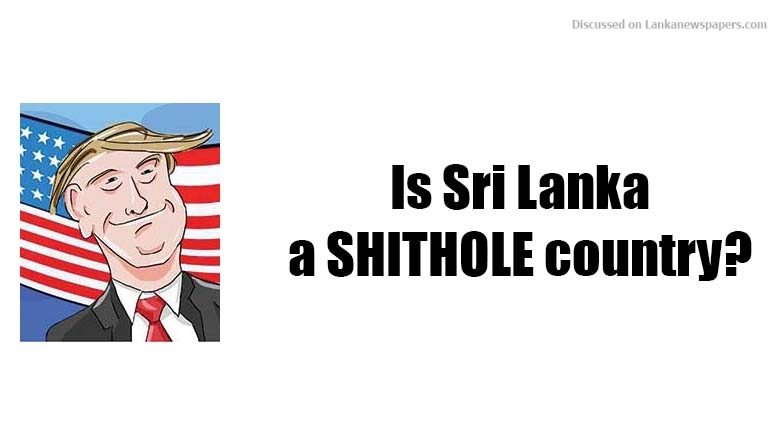 It was with much interest, sadness and shame that I read two articles within the past few days on the revolting humbuggery of our Parliamentarians. How these “Honourable” types defraud the nation and thoughts on the country’s need for honourable politicians aptly illustrated with specific examples by Raja Wickremasinghe in The Island of 22nd Jan, must necessarily keep the readers of these top English dailies guessing whether our politicians are only dishonest in every respect or whether they are downright imbeciles too.

19th C British historian Lord Acton’s celebrated words, “Power Corrupts and absolute power corrupts absolutely” will remain an everlasting truism. So will be the words of 18th C British Statesman William Pitt, Earl of Chatham, “Unlimited power is apt to corrupt the minds of those who possess it.” In our hallowed paradise isle those gaining unlimited power go mad!

Perera’s revelations took my mind to the late seventies when as the DIG Metropolitan I provided police assistance to the then Municipal Engineer Marasinghe Perera to detect a large number of municipal labourers who with the connivance of supervisors were marking their attendance and working elsewhere. The majority of these were conservancy labourers. As a result the public toilets of the City stank to the high heavens!

The dereliction of duty by 210 MPs by not attending the session of the Constituent Assembly whilst each member enjoyed allowances and perks to the tune of Rs. 8.5 million per month so succinctly elaborated by Perera has two ugly parallels as stated above.

Every reader of the forthright exposures of Perera and Wickramasinghe will naturally plunge into a state of despair. Not an iota of hope can be entertained by the people with new ticks in the form of spouses, progenies, rogues and even ‘keeps’ and consorts smacking their lips and expectantly waiting to take the place of the present ticks that have sucked the blood of this hapless nation to bursting point.

In the backdrop of the sordid behavior of our politicians I am constrained to surmise that Donald Trump, when he referred to ‘SHITHOLE’ countries would have had Sri Lanka too in his mind, particularly with so many ‘arseholes’ at the top!

2 thoughts on “Is Sri Lanka a SHITHOLE country?”