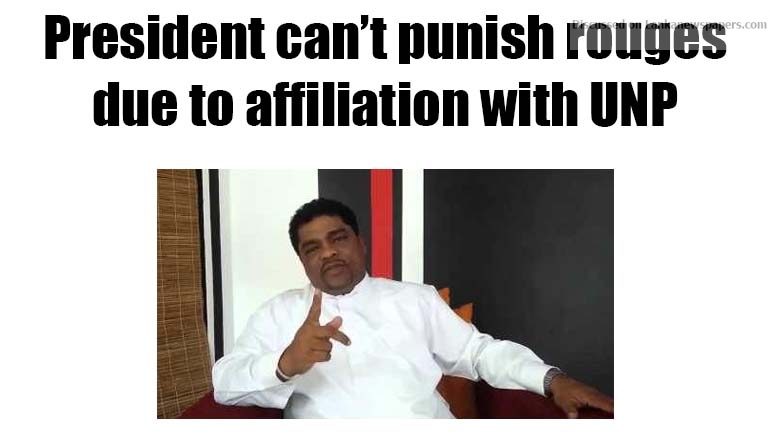 President Maithripala Sirisena will not be able to punish culprits of the bond scam and other alleged individuals as far as he is affiliated with the United National Party (UNP), MP Piyal Nishantha said today.

Addressing a news briefing, he said President Sirisena had been unable to take some serious actions against the culprits of the bond scam because of the pressure from UNP members.

“Although he flattered that he would take stern action against the convicts of bond scam and other alleged individuals, he has not been able to put his words into action. He should have the guts to take action independently. However, President Sirisena still has the time to leave the UNP and take independent steps,” MP Nishantha said.

Meanwhile, MP Gamini Lokuge said that the government was making use of the bond issue to cover up other burning issues like fertilizer issue, SAITM issue, railway divers’ strike, and issues in the Electricity Board etc.

“The bond scam is not the only issue that needs to be addressed. As I said, there are more important issues that require pertinent solutions. Thus, we insist the government to look into those matters also with immediate effect,” MP Lokuge said.