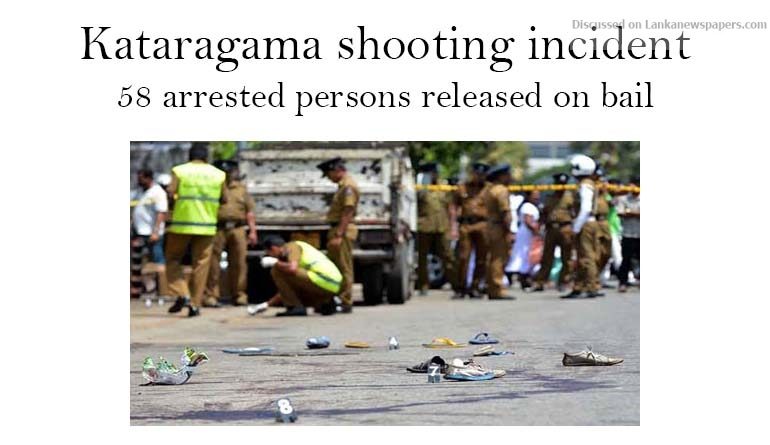 The 58 arrested persons arrested during the Kataragama incident were taken before Tissamaharama Magistrate who released them on bail.

Police officials from Kataragama gunned down a motorcyclist that refused an order to stop for inspection upon suspicious activity.

Police media spokesperson Ruwan Gunasekara stated that the Policeman responsible for the death of the motorcyclist has been arrested.

The incident occurred last night (20), when residents close to the scene of the shooting were vocally displeased with the shooting hurling stones towards the direction of the Police.

The Police Officer arrested over the shooting incident in Kataragama last night (20), has been remanded till January 30, by the Kataragama Magistrate’s Court.