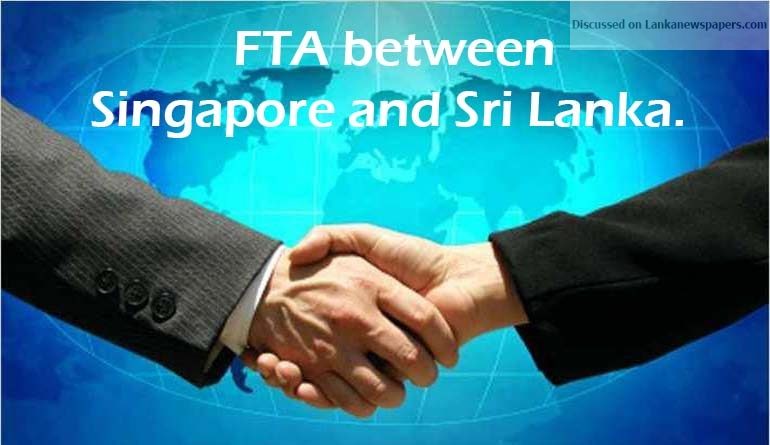 Professional groups in Sri Lanka, engaged as key stakeholders in discussions with the Government on proposed Free Trade Agreements (FTAs) with India, China and Singapore, have said they have not provided any consent to an FTA being signed with Singapore.

This came after the Ministry of Foreign Affairs on Tuesday announced that Singapore Prime Minister Lee Hsien Loong visiting Sri Lanka tomorrow and is scheduled to sign an FTA between Singapore and Sri Lanka.

In a letter dated January 18, Nalaka C. Jayaweera, Chartered Architect, told Ms. Chandanie Wijewardana, Secretary Ministry of Development Strategies & International Trade, that “… professional groups have not authorised/consented/approved any free trade agreement to be signed without having at least the minimum legal requirements that is part of the WTO commitments.”

Mr. Jayaweera represents the United Professional Movement and the Organization of Professional Association Sri Lanka in these discussions, and his 8-page letter was a delayed response to the ‘minutes’ of the October 27, 2017 meeting of stakeholders in the proposed FTAs, which was sent on email on January 6.

Professional groups have been opposing the proposed FTAs on the basis that certain fundamental laws and guidelines need to be set in place first before FTAs are formalised.

Citing the failure of the Ministry Secretary, convener of these discussions, and her officials to “implement a single legal system required for any trade liberalization in the last two years”, the letter states that all the submissions/documents (by professional groups) will be substantial evidence in “any possible ‘Presidential Commission of Inquiry’ or any such procedure one day to inquiry /investigate the manipulations carried out in terms of international trade liberalisation by Sri Lankan government officials by a possible future government”. In the past, the Government has said that that all FTAs will be presented to parliament before they are formally signed.