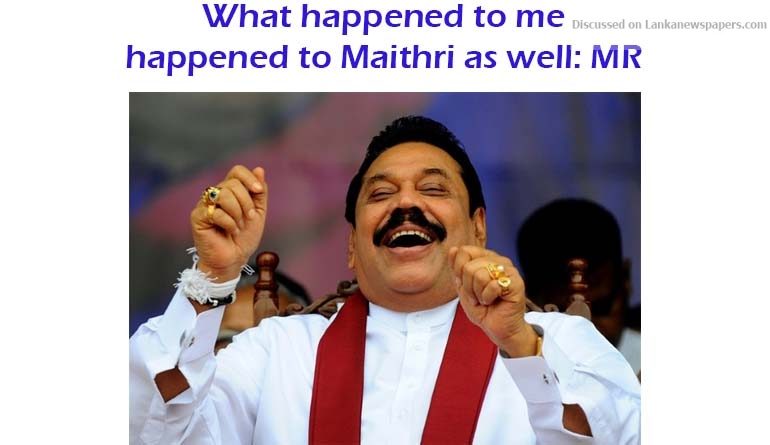 Former President and MP Mahinda Rajapaksa yesterday said same fate had befallen on both him and President Maithripala Sirisena, because both of their tenures of presidency had been reduced by at least one year.

Addressing a Sri Lanka Podujana Peramuna (SLPP) rally held in Kaduwela, he said he made a mistake by calling for presidential election two years prior to his tenure was expired.

He said the President might have asked for the Supreme Court opinion over the tenure after giving into advises of those around him. “Now that he has lost, he is coming up with various excuses. Losing is good. Then you get to know people well,” he said.

“The President is aspiring to spearhead the Temperance Movement. There are more pressing issues in the country. A 14-year-old girl was raped and killed recently. Underworld crimes are escalating. Attention should be made to these issues,” he said.

He invited people to come and cast their votes to the SLPP at the Local Government election to be held on February 10. “To rectify the mistake made on January 8 (2015), come vote for lotus bud on February 10,” he said.