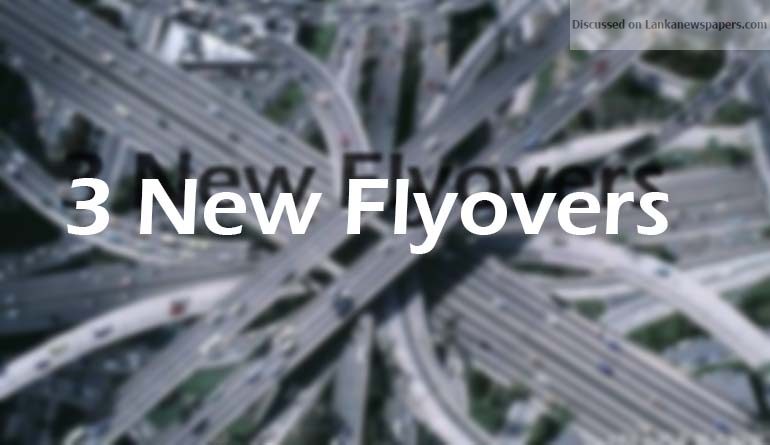 He also said that the Kohuwala flyover will be 220 metres in length, while the Kirulapone flyover will be 330 metres and the Yangalmodara flyover, which will be the longest with a length of 410 metres.

He expressed confidence that the projects could be easily completed within two years.

“The Hungarian Government has provided a concessionary interest free loan of Euro 52 Million for the projects but the cost for the construction is yet to be made,” Director-General of External Resources Priyantha Ratnayaka told Ceylon Today.

External Resources Department Assistant Director M.J. Roshika said that the framework agreements for the three flyovers have already been signed and the credit agreements will be signed soon.

She also said that the relevant documents have already been sent to the Ministry of Higher Education and Highways for the necessary procurements.

Meanwhile, Minister of Higher Education and Highways Lakshman Kiriella told Ceylon Today that the completed Polgahawela Flyover which is 883 metres long and built at a cost of Rs. 2203 million (Rs.2.2 Billion) will be declared open on 17 January.

This flyover will be a major factor in easing the movement of traffic since the roads are blocked for well over 400 minutes a day due to the railway crossings.