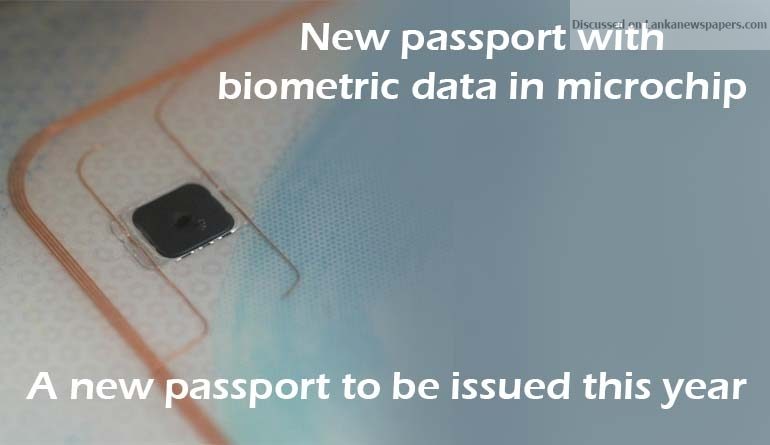 A new passport to be issued this year will contain a microchip which could store personal details including biometrics of the holder, the Immigration Department said. Immigration and Emigration Controller General S. Ranasinghe told the Sunday Times that the new passport would have additional security features to minimise chances of anyone making forged passports.

He said the introduction of the microchip would also provide an advantage to the holder. In the event of the loss of the document, the holder could obtain a new document easily as the personal details including the fingerprints were stored.Mr. Ranasinghe said the passport would also have better international recognition in view of the additional security features.

The passport would be valid for 10 years. The Controller General said that persons obtaining new passports would be issued with the new document while those holding the current passports could use them until the validity ended.