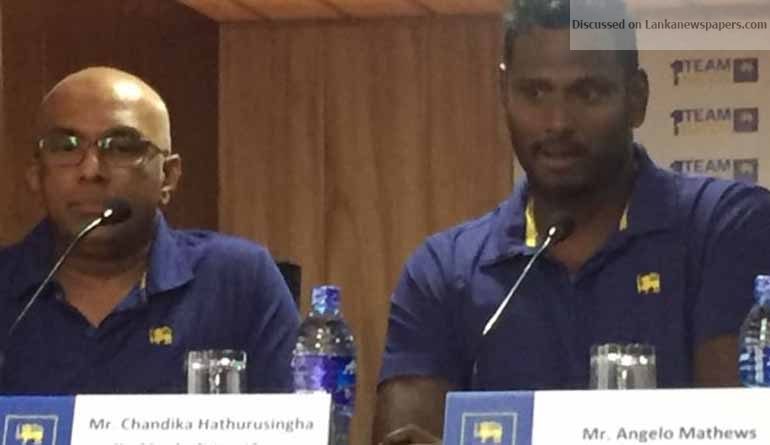 Less than six months after stepping down as Sri Lanka’s captain across all formats of the game, Angelo Mathews has been reappointed as the team’s limited overs captain.

The 30-year-old quit the job after Sri Lanka’s shock series defeat to Zimbabwe in July and after several experiments, the selectors have gone back to their most experienced player to lead the team through to the 2019 World Cup.

Mathews said “When I stepped down I never thought of taking over the captaincy again. But as soon as we came back from India, the President had a discussion with me. Also Chandika Hathurusingha and the selectors spoke to me and asked me to consider taking up the captaincy again. I took a few a few days to think about it, and because of a few reasons I decided to accept. We need stability running into the World Cup. We’ve had a few captains over the last few months because of injuries. The other captains did a good job, though we didn’t get the results. But going into the World Cup we need that stability.”

Since Mathews quit as captain, Sri Lanka have been in disarray in limited overs cricket.

Sri Lanka had five different captains in ODIs in 2017.

After Mathews quit, Upul Tharanga was named the captain and during the home series against India, Chamara Kapugedera and Lasith Malinga too captained the side one game each as Tharanga served a two-match suspension due to a slow over rate offence.

Under Tharanga, Sri Lanka suffered three 5-0 whitewashes and after the series against Pakistan, he was replaced by Thisara Perera.

That experiment ended after Hathurusingha took over as Head Coach and demanded stability.

Meanwhile Dinesh Chandimal has been appointed as the Vice Captain of the limited overs side.

Sri Lanka will play two Tests and two T20 Internationals in Bangladesh after the tri-nation series.