Rs 20 Billion Plus Deal For Unnecessary Russian Vessel To Be Inked This Week.

The Yahapalana Government is set to go ahead with the deal to buy a Russian-built Gepard 5.1. Offshore Patrol Vessel (OPV) for the Navy costing US $ 135 million or more than Rs 20 billion this week. 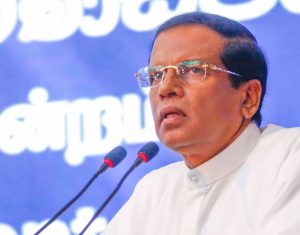 This purchase goes against recommendations from all authoritative sources and in particular serves no meaningful purpose given the Navy’s current requirements.

It was widely rumored that the former Navy Chief Travis Sinniah’s tenure was not extended because he was dead against this purchase.

It is revealed that ‘the cost of the OPV at US$ 135 million would come from un-utilized credit from a facility issued by Russia on February 10, 2010’.

Although the credit line lapsed in 2015, the Government has persuaded Russia to re-validate the US$ 135 million for five years and a Russian bank has extended a loan for the amount at an annual interest rate of four per cent, the Sunday Times further reported. In September this year, the Cabinet of Ministers approved a recommendation from President Maithripala Sirisena, as Minister of Defence, for the purchase of this vessel. He said in a Cabinet Memorandum that “The Sri Lanka Navy has a requirement of this kind of a ship and already given the recommendations to purchase this.” Defence sources say the purchase of more ships from two different countries is now on the cards.

A delegation from Rosoboronexport, the monolithic state-owned enterprise for defence exports, will arrive in Colombo for this purpose. The delegation is to be headed by Alexandrovich Mikheev a close friend of Russian President Vladimir Putin.