Robert Lawrence says he ‘doesn’t know what will happen’ to his loved ones if they are sent home Sunday.

After spending five years in Montreal fighting for asylum, a Sri Lankan family is launching a final plea to stay in Canada.

Robert Lawrence and his family have had their refugee claim refused by the Canadian government and will be deported on Sunday night.

His family hasn’t even started packing up their two-bedroom apartment in Parc-Extension.

“I feel very sad, and you know, I don’t know what to do,” said Lawrence.

Lawrence, who is Tamil, worked for the United Nations in Sri Lanka’s Eastern province during the time of a brutal civil war that ended up with the defeat of the separatist Tamil Tigers by the Sri Lankan majority Sinhalese government.

With the hopes of protecting his family, Lawrence made the decision to leave their home and fly to the U.S. They crossed into Canada in 2012. 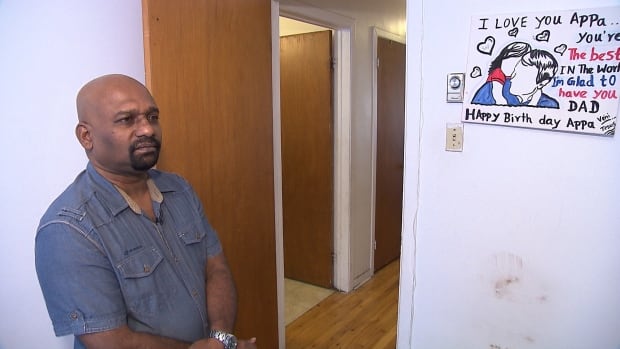 After moving to Montreal, Lawrence’s wife, three daughters, son and daughter-in-law have since integrated into their community.

They have carved out new lives in Quebec, where everyone works or attends school. Lawrence even volunteers at his church in Outremont.

“After five years it’s very hard to go back and re-establish everything in our country,” he said. “Other than that I don’t know what’s going to happen to us.”

Their children have also flourished. They speak both English and — with a lot of time and effort — have learned to speak, write, read and live in French.

All three daughters have their sights set on post-secondary education. 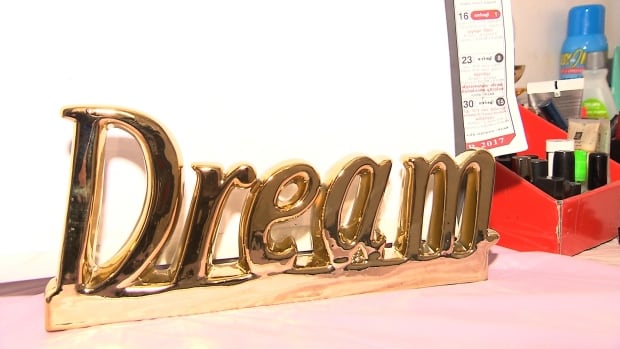 The Lawrence family has yet to start packing their belongings for their deportation, which is scheduled for Sunday night. (CBC)

For 21-year-old Leony Pavinthra Lawrence, the impending deportation means she will not be able to pursue her studies at College Ahuntsic. She hopes to become an oncologist.

“I’m not asking for anything else, I am just asking for studies, so they could have let me study, but they didn’t,” she said.

“I can’t do anything, it’s not in my hands, so I just have to be disappointed — that’s all I can do.”

‘We don’t want to lose them’

Immigration, Refugees and Citizenship Canada said it cannot comment on specific cases, but that “people being removed from Canada are not sent to a country where they would be in danger or at risk of persecution.”

But the family is worried what deportation will hold for them since they were targeted for Lawrence’s reporting to the UN on what was unfolding during the civil war.

“We are taking a risk and the government is making us take that risk,” said son Leon Lawrence. 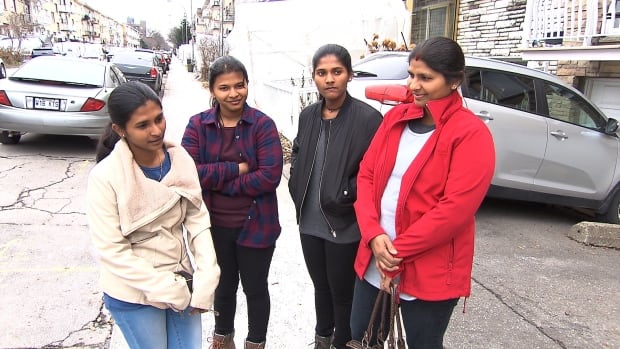 The Sri Lankan family is pleading to stay in Canada, but have not been granted a reprieve. (CBC)

Politicians, lawyers and the school board of the daughters are now calling on Public Safety Minister Ralph Goodale to issue a reprieve.

“This family has surmounted all of these difficulties and have shown their capacity to integrate in our society,” said Québec Solidaire MNA Amir Khadir.

“We have every reason to welcome this family in Montreal, in Quebec.”

NDP MP Alexandre Boulerice also said that he was counting on Goodale to intervene in a situation that “makes no sense.”