Sri Lanka’s so-called ‘top universities’ have fared miserably in the latest survey of ranked Universities in the world according to the internationally recognized Quacquarelli Symonds (QS) Asian University Rankings for 2018. 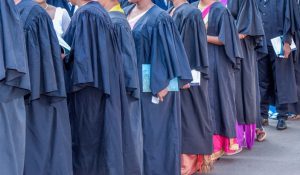 Meanwhile the University of Peradeniya is ranked even lower, at 242nd place.

The QS ranking lists over 400 universities. It assesses universities looking at 10 primary indicators, including academic and employer reputation, the proportion of PhD qualified academic staff, and the proportion of inbound and outbound exchange students at the university. The list is topped by the US based universities, MIT, Stanford, Harvard and Caltech respectively. The UK’s Universities of Cambridge, Oxford, University College, London (UCL) and Imperial College, London, are placed at 5, 6th, 7th and 8th places respectively.

The Nanyang Technological University (Singapore) is placed at 11th place and is the highest ranked from Asian Universities.