In his third attempt to establish a legal framework for three-wheelers, Minister of Transport and Aviation Nimal Siripala de Silva drafted a new gazette notification that mandates the utilization of a taximeter that is to be operational at all times on every three-wheeler used for hiring purposes.

The gazette notification mandating meters for all three-wheelers utilized for hiring purposes was drafted earlier this month by the Ministry of Transport and is to be enforced from October 1, 2017.

Notably, two such notifications that were signed by the Minister of Transport and Aviation were printed yielding no result. The notifications were drafted on January 9, 2017 and previously on April 26, 2016. The special notification that was drafted in 2016 was scheduled to be enforced on April 01 2017.

The notification includes clauses stating that the driver of a three-wheeler must provide the passenger with a receipt after any hire run for either the transport of goods or passengers. The receipt must clearly include the distance travelled, vehicle registration number, charged fee and the accurate date.

The National Council for Road Safety (NCRS) has stated that steps have been taken to provide all three-wheelers used for hiring purposes with a Government Issue standardized meter capable of producing receipts after every trip.

President of the NCRS Dr.Sisira Kodagoda stated that the newly introduced meters will be designed to provide equal partiality to both the drivers and passengers.

The Gazette notification reads as follows, 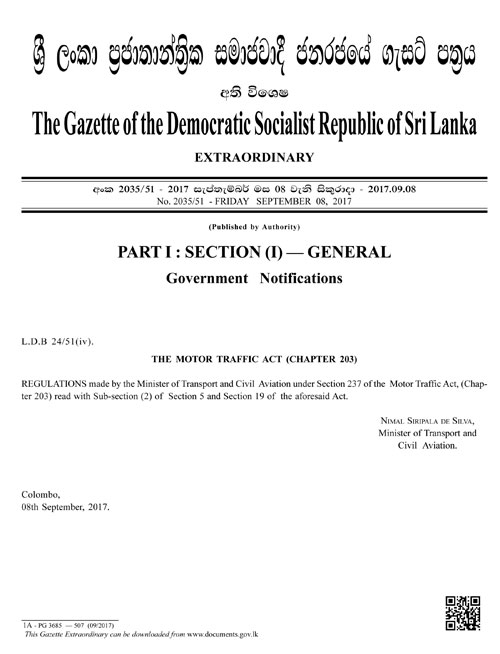 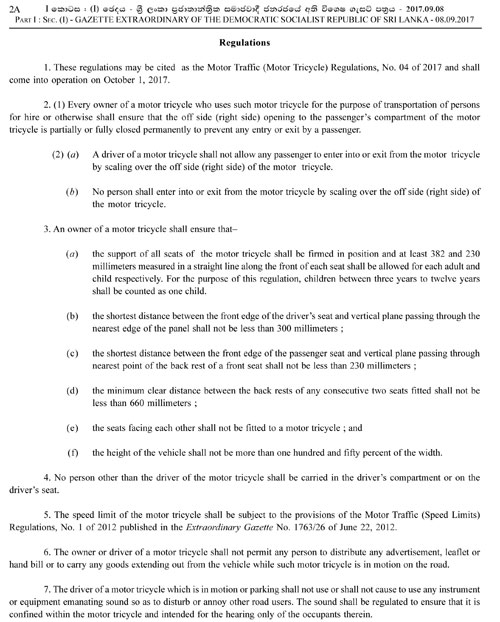 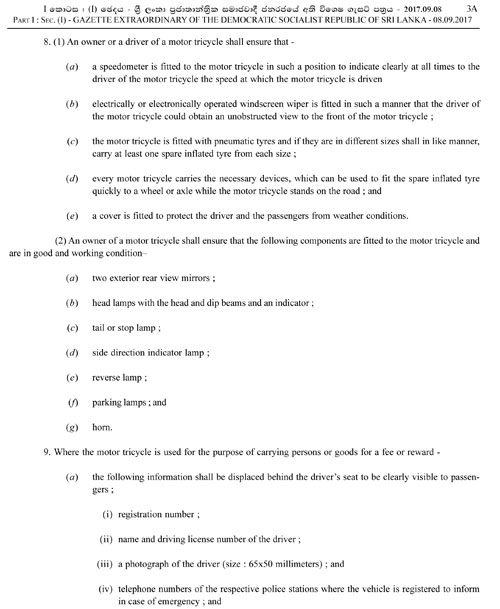 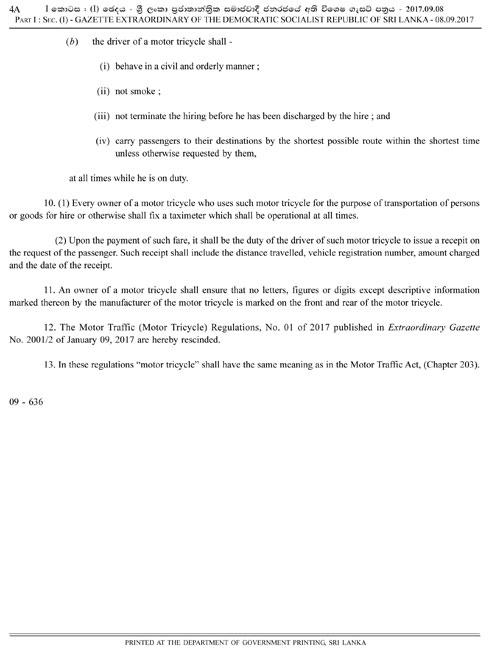