The Organization of Professional Associations (OPA), the apex body of all professional associations and institutions invited the then Minister of Health and the incumbent President of our country, Maithripala Sirisena for one of its regular monthly discussion series, in the year 2014. The packed audience was deeply moved and a loud, warm cheer erupted when the Minister, in his inimitable, humble demeanour mentioned that indeed, he too is a professional and his profession is ‘Farming’. 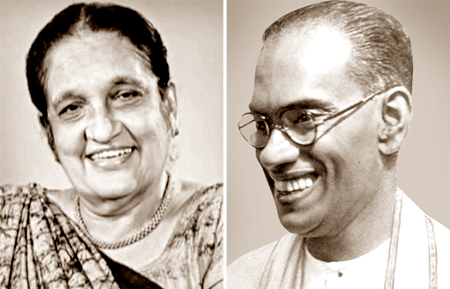 President Sirisena is a charming and an extremely pleasant personality with humble manners that we never are accustomed to experience in such high positions in our recent memory. As head of the current administration, he has brought about not only an environment of friendliness, a feeling of freedom and tranquility, but also a meeting of minds through numerous discussions held, cutting across all communities and religions. Always conveying the importance of a decent and disciplined lifestyle, the significance of social and religious integration and co-existence, he has instilled confidence in citizens of all walks of life. A hard working President, who leads by example, is firmly resolute in dealing with issues such as, the menacing drug problem, and most other undesirable activities inimical to human life.

After somewhat a tense period of volatility and uncertainty during the latter part of 2014, the nation experienced a period of profound calmness, a feeling of equal opportunity, and above all a leadership that walks the talk. By his unassuming and simple lifestyle he has proved there is no greater power than ‘simplicity’ and respect can be earned without any imposition of power or coercion. The President has the uncanny ability to identify national priorities and issues that assume national significance, whether in the field of health, economy, social equity, security or national reconciliation. His leadership displayed in dealing with the ‘kidney’ problem of the nation, was truly heartwarming. Working silently but resolutely, within a couple of months it has emerged as a national priority that was perhaps in the back burner for many years. Even a lottery has been launched as a source of funding this worthwhile cause and he has galvanized international aid in assisting to tackle this national problem. President Sirisena provided national leadership to launch many programs to impart knowledge on the benefits of organic cultivation, towards building a healthy society. The global initiative to preserve and safeguard our environment is another area that the President made part of his personal agenda.

I still recall some early lessons on ‘leadership’ learnt several decades ago. The renowned author, J.A.C Brown says, a good leader never assumes a special status, but thinks as one in the group, but his influence can be felt as long it goes. It is heartening that within this period of less than three years, the President has relentlessly attempted to make pro-active diversity and pluralism a part of our day to day life, emphasizing that our behaviour at all times must be an honest discourse, first and foremost with the realization that we are all human beings only.

Out of the blues, at the dawn of 2015, he emerged, conquered, spearheaded a new political culture, a system of good governance and has now entered the much awaited period of hard work and hope for equitable prosperity.

We hardly imagined an era of a President so close to the heartbeat of an entire nation, as simple as you and I, with humility as his power, austerity as his value, as the eventual head of administration, above all in a national government. He brought down his term of office to a period of five years from the existing six year term, before even commencing his tenure. The President made another historic announcement, when he declared that this will be his ‘last and only’term after accepting office in January 2015, that too shortened by his own insistence. These are the sacrifices that have made him an outstanding personality in the political landscape and a leader who will make an indelible mark in the chapter of ‘democracy’ having emerged to fulfil the aspirations of the nation at a crucial juncture.

In August 2015, when the new Prime Minister was sworn in, and the Cabinet and Administration appointed, the nation patiently awaited a period of consolidation, racial harmony, social equity, judicial independence and accountability, if we are to mention a few in the long list. We, in the business world, experience how difficult it is to implement strategy and emerge victorious in a competitive marketing environment. We can imagine the enormity of challenge for a complicated, large organization such as a ‘ national government’ to achieve multiple goals to satisfy the aspirations of a diverse set of stakeholders.

The Cabinet is responsible for such a herculean task amid turbulent environmental vagaries that include regional conflicts and widely fluctuating commodity prices, to mention a few. Hence, it is important for all parties and individuals in the national government to contribute, putting aside party affiliations, to achieve these objectives. Nevertheless, during this journey there will be disappointments, disillusion, violations of codes of conduct, and much more unexpected distractions. Yet, we need to appreciate the importance of our unswerving commitment to a noble cause and a path to prosperity that we embarked upon, post January 2015. We have complete faith in the ability, wisdom, experience and commitment of the President to provide ultimate leadership in this sincere national endeavour.

This submission is a tribute to the second anniversary of reconciliation our nation experienced in August 2015 where a people’s President was born and has made a difference within a short time, undoubtedly a golden chapter in our national heritage. Now, the nation will be ever grateful to the President and Prime Minister for restoring international confidence and emerging victorious in the effort to arrive at a reasonable solution in the concluded sessions of the United Nations. No doubt the entire world would have seen the sincerity of our national government’s unswerving efforts to resolve this problem with a solution that will eventually bring national reconciliation and lasting peace. As a tribute towards this, Sri Lanka was first rewarded with the removal of the EU fishing ban imposed some time ago under the previous administration that recently culminated with the re-introduction of the GSP advantage.

We are now at a juncture where the new government has to quickly get down to serious business over a long phase of nation building, development and economic prosperity. We, as responsible citizens, need to carefully weed out the differences between scathing attacks, incitements and distractions likely to appear now and then by a politically motivated few, pursuing their personal aspirations.

Elucidating this point was the President at a recent gathering last week to felicitate the 30th anniversary of the ‘Ravaya’ newspaper. Victor Ivan commented that, at the point this government assumed duty the nation’s expectation was a ‘torrential downpour’ and instead, it was merely a ‘faint drizzle’, implying the government’s lack of steadfast action against the enormity of the scale of a nation’s expectations. A politician with astute knowledge of practical realities of the art and the science of politics, the President replied, perhaps it’s more a ‘welcome shower’ reassuring the audience there is much more to be accomplished. No doubt, at this juncture of national significance, and the need for sustainable development, our country needs co-operation, rather than disruptive competition.

On the verge of reaching the commencement of the third year of the landmark election in 2015 that paved the way for a combined government of the two main parties of the Sri Lankan political landscape, we convey our best wishes to President Sirisena, for leading this formidable combination. Long live our people’s President.