Perpetual Treasuries Limited (PTL) summoned its first key witness to the Treasury Bond Commission last week, in a move to build up a strong case for themselves against a series of evidence led by the Attorney General during the past five months in the fact finding mission.

PTL Chief Executive Officer, Kasun Palisena testifying before the Presidential Commission of Inquiry for investigating and inquiring the Treasury bond issue for four consecutive days, explained the history and its financial achievements over the years, starting from 2013.

Palisena told the PCoI that PTL gained Rs. 816 million profits in the first six months in the Treasury bond market. He said, PTL received the licence for a Primary Dealer after fulfilling the minimum requirement of Rs. 300 million capital.

He pointed out to the PCoI that PTL was able to increase the Rs. 300 million to Rs. 816 million with their competitive approach in the market.

Following Palisena’s explanation of their profits, Commissioner, Supreme Court Judge P. S. Jayawardena questioned him on whether former Central Bank Governor Ajith Nivard Cabraal’s sister Shiromi Wickremesinghe was a director of Perpetual Capital Holdings during this period. Palisena replied that he was not sure, but she must have been.

On April 27, 2017 while Dr. W.A. Wijewardena was testifying before the PCoI, he was questioned on whether he was aware that Cabraal has disclosed the conflict of interest of positions his sister is holding in the HDFC Bank and Perpetual Capital Holdings. Dr. Wijewardena said, he does not know if such a disclosure has taken place or not.

Dr. Wijewardena went on to say, if such disclosure or disassociation has not been made, any decision taken by the person on the matter can be interpreted by market dealers to be partial.

Cabraal’s conflict of interest was revealed before the PCoI in March 2017, when Secretary to the Monetary Board, H.A. Karunaratne was testifying before the Commission. In the same month, proceedings also revealed that there could have been a conflict of interest in respect of the issuance of a Primary Dealer license to Perpetual Treasuries (Pvt) Limited in 2013, when Cabraal’s sister was a director at Perpetual Capital Holdings. 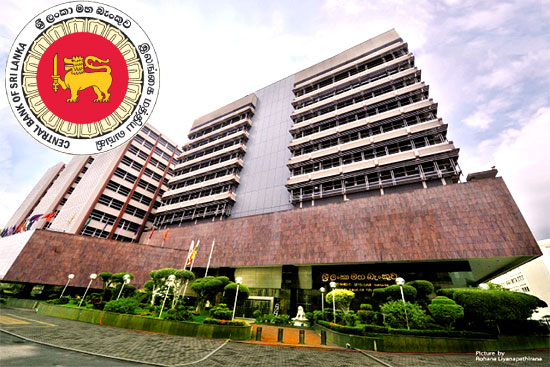 PTL CEO Kasun Palisena told the PCoI that he considered February 27 2015 auction to be ‘extraordinary’ considering the fact that the government requirement was at Rs. 300 billion which means the Central Bank needs to raise a large volume of debt.

Palisena said, when he received a call from a Central Bank officer at the Public Debt Department it was a case of sealing the deal. “Usually, it is we who call the PDD. When after two years, the Central Bank called us, I knew the government was desperate for money,” Palisena explained.

He also explained to the PCoI that there were several more factors why he thought the February 27, 2015 auction was extraordinary.

The factors include, sovereign bond maturing, mini budget of the newly formed government and no money being raised through auctions from December 2014 to February 27 2015.

The PCoI asked Palisena why he decided to bid 15 times higher than the advertised amount of Rs1 billion bids at the February 27, 2015 auction. He said, the above factors compelled him to do so, and added that the government had used its reserves to pay for a sovereign bond maturity which could have led to an issue in the balance of payment. Palisena also pointed out that PTL’s business plan included an interest in long tenure bonds while also establishing that PTL has usually bid for higher volumes and higher rates. Palisena was requested to explain how PTL was planning to fund Rs 15 billion bids if they were accepted at the February 27 auction. Palisena explained that he had Rs. 581 million worth bonds maturing that day. “Then, I had securities which could have been sold up to Rs. 3 billion. I could have raised Rs. 3 billion or so by entering into a sell and buy back agreement with the Bank of Ceylon. Then I would have to raise only Rs 7.5 billion more. For that, I could have gone to trade with counter parties. The worst scenario would be for me to go to the CBSL OMO window. I could have kept doing it until I attract repo traders to raise money by offering higher yields.” Palisena explained.

The PCoI also asked Palisena to explain why PTL defaulted their overnight liquidity facility at the March 29 2016 auction. Palisena said, they had made an error when entering bids to the system which ended up their facing a gridlock. Palisena told the Commission that it did not mean PTL could not fund their bids but that they paid a penalty for a technical error.

PTL counsels, Nihal Fernando PC and Romali Thudawe led evidence through Palisena to establish the points that PTL Financial Analiyst Gajan Devarajan was extremely capable of predicting future government borrowing requirements based on extensive research done focusing on both local and international markets. PTL’s bid memos relevant to auctions held in November 2015, March and April 2016, were marked before the PCoI to support the suggestion.

DSG Gunatilake also requested a copy of the document that Palisena was referring to.The PCoI told Palisena to refrain from referring to prearranged personal notes when testifying.

The CEO of Perpetual Capital Holdings, Arjun Aloysius was requested to provide information including audited accounts, bank statements and other relevant documentation from 2013 to 2017, of W. M. Mendis & Co to the Treasury Bond Commission last week. Later on, the PCoI issued a summoning to the same company since it stands as a separate legal entity. Free Lanka Group who owns Perpetual Treasuries Ltd submitted their audited bank statements and other requested information to the PCoI last week, as well.

Kasun Palisena will continue to testify before the PCoI next week, while the Attorney General awaits its turn to cross-examine the witness.