How Nallur incident is used by all to further their agendas

The motive behind shooting at the Policemen providing security to Jaffna High Court Judge Manikkavasagar Ilanchezian is not clear yet.
One of the Policemen injured in the incident, a Sergeant died later at the Jaffna Teaching Hospital,hile many people were attempting to interpret the incident in a manner that suits their political agendas.

Meanwhile, the Police Spokesman SSP Ruwan Gunasekara is being taken to task by the loyalists of former President Mahinda Rajapaksa, Tamil leaders in the north and even by the High Court Judge himself for his remark that the assassin had not targeted the judge.
The Police Spokesman has stated that it was a spontaneous incident, where the assassin had acted under the influence of liquor.

Referring to this statement the former Constitutional Affairs Professor G.L. Peiris who once led the Government’s negotiating team with the LTTE promoting reconciliation among communities, has said that the Police Spokesman had attempted to satisfy his masters in the Government.

The irony is that the Tamil extremists also want to deny the Police Spokesman’s statement and portray this incident as a serious incident with some political background.

Northern Provincial Councillor M.K. Sivajilingam had accused the Police Spokesman of jumping the gun to say that this was not a premeditated attack.

He may be correct. But at the same time his comrades in the north as well as their counterparts in the south are also doing the same thing.

They too had jumped the gun to say that the incident was premeditated, even before the investigations were initiated.
According to the southern nationalists, the Nallur incident is a sign of LTTE’s resurgence, while it was a conspiracy to undermine the Judiciary in their region for many in the north.

Former President Mahinda Rajapaksa had said that he recalled the initial days of the LTTE, with the incident and the Tamil print media dedicated a large amount of space, sometimes carrying around ten stories on the incident each day to say that the assassin’s target was the judge. 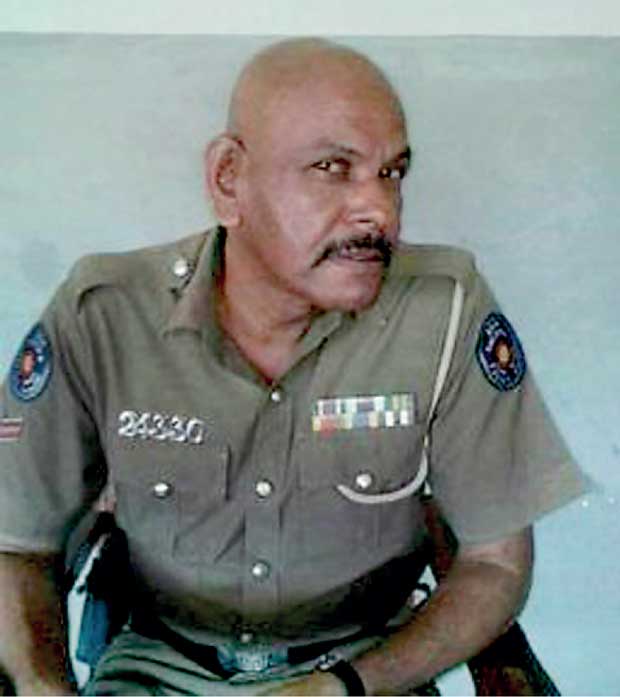 The people of all walks of life in the north and the east have come forward to protest against the attempt “on the life of the judge.”
In fact, the various accounts made by various people on the incident would confuse one.
Many people including the Police say that the man, who shot the Policemen had grabbed the Sergeant’s pistol before he shot the latter.

But a statement made by the judge, an educated eyewitness, did not say that the man had grabbed the pistol from the Policeman.

The assailant who had surrendered to the Jaffna Police on Tuesday had given a statement that corresponded to the one, made by

the Police Spokesman.
He had stated that his brother-in-law, who was also drunk at the time of the incident, had challenged him to shoot, if he was so brave, the Police Sergeant who came on their way and the gun had gone off when he just pulled it out.

He also had told the Police that he shot the other Policeman as the latter tried to shoot him.
One could imagine his extent of intoxication as this challenge had been thrown at him, if that was the case, while they were fighting with some others over a slot in a three-wheeler park nearby.

He had given up the fighting to take up the challenge. However, to the utter dismay of the southern nationalists, who fondly seek the revival of the LTTE even at the drop of a hat in the north, his connection with the outfit that we know is doubtful.

Because they had banned its members from consuming liquor and he wouldn’t have had a reason to surrender had he been a terrorist.

It can be recalled that a similar LTTE bogey was raised a few months ago, when some Policemen came under sword attack in Jaffna and a suicide jacket was found in a house of Nagulan, the one-time commander of the LTTE’s elite Charles Antony Brigade also in Jaffna.

While the politicians were attempting to take mileage out of the incident by rousing communal feelings, the judge showed that the humanity surpasses all ethnic differences and political theories.
The Tamil judge’s bowing before the widow of the Sinhalese Sergeant, who sacrificed his life in his attempt to protect that of the judge, and his weeping like a child before the widow of his loyal bodyguard, had gone viral in the social media.

It had deeply moved many people such as the American Ambassador in Colombo Atul Keshap who had had tweeted on the video on the social media.

The judge had been so emotional on seeing the two children of the sergeant who had served as his bodyguard for seventeen long years that he had wept again hugging them both at their residence.

Tamil media reported that the Policeman’s funeral expenses had also been borne by the judge.
A similar situation where humanity beat the ugly side of the ethnic politics was seen when the wife of Appapillai Amirthalingam, the then leader of the Tamil United Liberation Front (TULF), who was shot dead by the LTTE on July 13, 1989 visited after 21 years her husband’s Sinhalese bodyguard, who bravely fought with the LTTE assassins killing all three of them.

The meeting of 76 year old Mrs. Mangayarkkarasi Amirthalingam with T.A. Nissanka at his home at Ambanpitiya in Kegalle on May 29, 2010 had also been so emotional that those, who were present could not hold back their tears.

The one time fiery Eelamist orator, who had fought for a separate Tamil State within the Sri Lankan territory rousing hatred among the Tamil youth against Sinhalese police and the armed forces had hugged the retired Policeman and cried as if she was meeting a child after a long time. Her 51-year-old son Dr. Bahirathan Amirthalingam had also hugged Nissanka.

Appapillai and Mangayarkkarasi Amirthalingam were in the forefront of the Tamil Eelam struggle in 1970s and 1980s and it was Mr. Amirtthalingam who spearheaded the process of internationalisation of the Tamil separatist struggle facilitating later the LTTE to establish its bases in many countries.

However, later in 1989, Mr. Amirthalingam ironically had to be provided with security by the Sri Lankan Government deploying the same Police that had been demonised by the Amirthalingams and other Eelam protagonists.

On July 13, 1989 under the guise of coming for a discussion with Mr. Amirthalingam three armed members of the LTTE entered the two storeyed house at Buller’s Road, Colombo, the temporary residence of Parliamentarians of the TULF, the main Tamil political party in the country then, and had shot Mr. Amirthalingam and the Jaffna District Parliamentarian Vettrivelu Yogeswaran dead.
TULF President Murugesu Sivasithambaram was seriously injured.

The bodyguard of Mr. Amirthalingam, Nissanka, who had been on duty at that time had put up a brave fight against the killers, risking his own life and knowing very well that the danger of revenge might befall on him and his family later.

He had shot and killed all the three assassins with both revolvers he had had in his hands.
The Tamil family was greatly touched by his dedication, but had to wait 21 long years to pay their gratitude to the Sinhalese man until the Sinhalese led Government eliminate the Tamil group with which they shared a common cause.

What Mrs. Amirthalingam later said to the media at Nissanka’s house was equally important. The once firebrand of the Eelam movement had stated that she was happy of the ability of President Mahinda Rajapaksa to end the war and create a peaceful atmosphere, but a lot has to be done to promote peace among the various ethnic groups.

These two famous incidents apart from the thousands of such incidents at the grassroots level would surely be food for thought.