Iraq, (Daily Mail), 11 July 2017 –  The US commander leading coalition forces in Iraq has warned the fight against the ISIS is not over despite an ‘historic’ victory in Mosul. 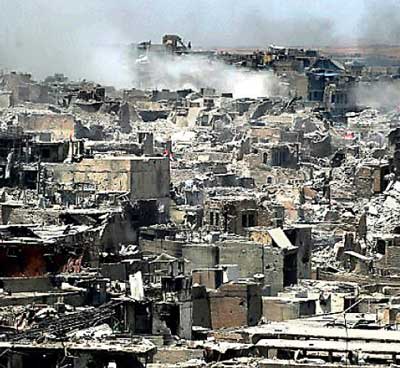 Lieutenant General Stephen Townsend said ‘ISIS 2.0’ will emerge unless the government takes a ‘significantly different’ approach to its treatment of Sunni Muslims.Let Gen Townsend’s warning came as Iraqi forces scoured Mosul’s Old City for explosive devices and ISIS fighters in hiding after Prime Minister Haider al-Abadi declared victory there on Monday.
The US commander told the BBC: ‘If we’re to keep… ISIS 2.0 from emerging, the Iraqi government is going to have to do something pretty significantly different.’They’re going to have to reach out and reconcile with the Sunni population, and make them feel like their government in Baghdad represents them.’