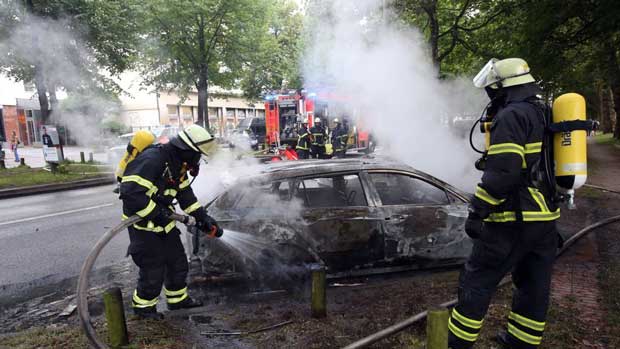 HAMBURG AFP July7, 2017  – Protesters clashed with police, torched patrol cars and blocked roads in the German city of Hamburg on Friday in fresh violence just before the start of the G20 summit, police said.    “An operation is under way against violent individuals” who threw petrol bombs and set fire to patrol cars near a police station in the city’s Altona district, federal police said on Twitter.
In the west of the city, a “plume of black smoke” was rising, and cars in some areas had been set alight, the local Hamburg police said separately.
Police said demonstrators had blocked several intersections and so-called transfer corridors – roads designated to help delegations move between meetings.