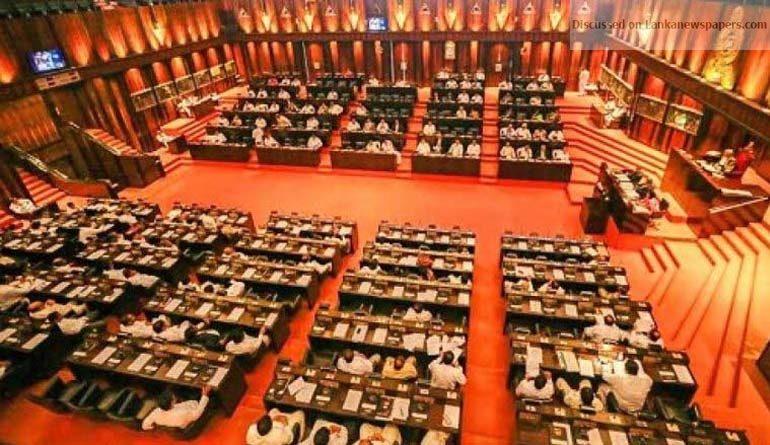 The Committee on Parliamentary Business decided today that following the sitting of Parliament to be held tomorrow, Parliament will meet again on January 5, Secretary General of Parliament Dhammika Dasanayake said.

This decision was taken at the Committee on Parliamentary Business meeting in Parliament under the patronage of Deputy Speaker Ajith Rajapakse.

Subsequently, from 10.30 am to 5.00 pm, it was also decided to hold the second reading debate of the Bureau of Rehabilitation Bill and the Recovery of Possession of Premises Given on Lease Bill, the Secretary General said.

After that, according to the motion to be moved by government, the debate at the adjournment time, will be held from 5.00 pm to 5.30 pm.

Meanwhile, as previously decided, tomorrow (13) from 9.30 am to 5.30 pm has been reserved for Questions for Oral Answers.

One thought on “LNP – Parliament to meet on January. 5”