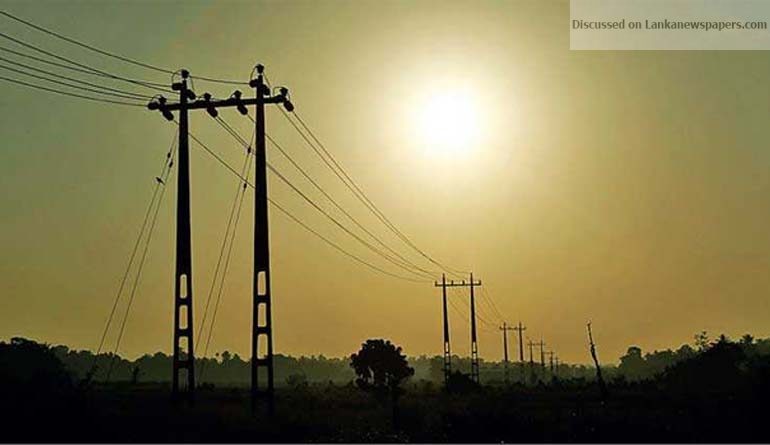 Each power plant will be run by respective companies as per the government’s restructuring plan of Ceylon Electricity Board (CEB) , minister of Power and Energy Kanchana Wijesekara told Parliament today.

The minister when responding to questions raised by opposition MP Patali Champika Ranawaka on the plan to divide CEB into 18 companies, said the restructuring plan has to go ahead to ensure uninterrupted power supply.

“No one should shout against the restructuring of CEB just because they were not able to restructure and stabilize the power sector when they were in power” he said.

The loss of CEB by end December this year is expected to be Rs. 152 billion.

Some argue that CEB is currently enjoying an operational profit. This is because the thermal and furnace oil power generation were halted. We have already given a concession worth Rs. 130 mllion while the corporate sector is given a concession worth Rs. 100 million. The total payment due to the suppliers will be Rs.300 billion, while CEB owes Rs.3 billion to those who have installed solar panel.

One thought on “LNP – Power Plants to be run by Companies: Minister confirms”