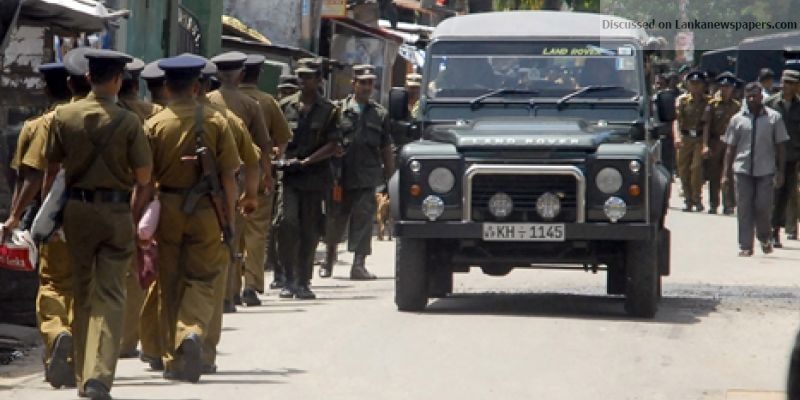 Sri Lanka Police,which used to attack the advancing protest marches earlier, has now even started assaulting those who participate in peaceful commemorations of the aragalaya, an attorney testifying at an inquiry conducted by the HRCSL said.

Following an investigation voluntarily commenced by the Human Rights Commission of Sri Lanka (HRCSL) and over a complaint lodged by President of Young Journalists Association Tharindu Jayawardena against the police attack on the peaceful commemoration at Galle Face Green on October 9th these facts transpired.

Attorney Jayantha Dehiattage giving evidence before the commission’s investigation on Tuesday said the police have made several arbitrary arrests on October 9th not based on the provisions of the law and thus had violated the fundamental rights of the participants of the peaceful commemoration.

He further said on the 9th of every month the aragalaya activists commemorate those who were killed during the Sri Lanka’s peaceful struggle against the state repression and the previous Rajapaksa regime.

Journalist Tharindu Jayawardena testifying on oath said on October 9th the police advised them to not to demonstrate near the Bandaranaike statue. When they crossed the road and moved towards the Galle Face Green the police again disrupted their vigil and demanded them to move further away.

The police have also forcible taken the candles brought by the demonstrators and had even hassled those who were carrying their children, Jayawardena said.

He said however, they have video evidence how the police started the commotion and lead it until it developed in to a major incident.

The commission granted a week’s period to submit further evidence through affidavits.