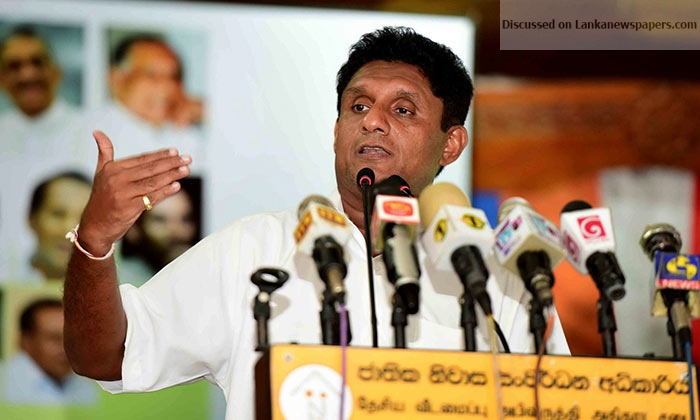 Responding to the remark made by President Ranil Wickremesinghe that he would go for a referendum if the parties fail to agree on electoral reforms, the main opposition Samagi Jana Balawegaya (SJB) said they are ready for it.

“President can hold a referendum if he wants and we are ready for it,” SJB National Organizer Tissa Attanyake told a press conference.

“President can even go ahead and have a parliamentary election as Parliament does not reflect the mandate given by the people in 2020 any longer,” he said.

Asked about the remarks made by USAID Administrator Samantha Power who called for political reforms, Mr. Attanayake said SJB also holds the same stand. “We are also of the opinion that political reforms demanded by those who held protests should be met,” he said.

“The Sri Lankan government will have to face a tough task with a new resolution that is to come up at the UNHCR on economic crimes,” he added